Myth: You unknowingly swallow an average of four live spiders in your sleep each year.  人平均一年在睡眠時無意的吞下四隻蜘蛛??


Fact: This very widespread urban legend has no basis in fact. It exists in various forms; another common version is that you swallow an average of 20 in your lifetime. (At 4 per year, that would make a very short lifetime of 5 years...) A correspondent in Pennsylvania had heard a version that involved swallowing a pound of spiders (while sleeping) in one's lifetime. (That would be over 20,000 average spiders, for a lifetime of 5,000 years at the 4 per year rate).

For a sleeping person to swallow even one live spider would involve so many highly unlikely circumstances that for practical purposes we can rule out the possibility. No such case is on formal record anywhere in scientific or medical literature. Since this page first appeared, I have heard from one person who found a small harmless spider hiding in her ear (which is possible), another who claimed to have had one in her nose (but had no evidence that it wasn't already in her hanky), and one who claimed that when she was a young child a spider leg was found by her lips. But not one person has claimed that a spider entered his or her mouth. 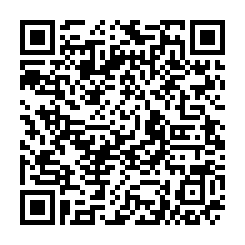