1.Down’s Syndrome(看到唐氏症寶寶的照片 滿難過的)
Down syndrome is a syndrome that causes slowed growth, abnormal facial features, and mental retardation. It is caused by an extra chromosome 21. Incidence of Down syndrome is estimated at 1 per 800 births, making it the most common chromosomal abnormality. The maternal age effect influences the risk of conceiving a baby with the syndrome.

2.Klinefelter's Syndrome
Syndrome in males that is characterized by small testes and long legs and enlarged breasts and reduced sperm production and mental retardation; a genetic defect in which an extra X chromosome (XXY) is present in the male. Also called XXY syndrome.

4.XYY Syndrome
A chromosomal anomaly characterized by the presence of one X-chromosome and two Y-chromosomes and thought to be associated with tallness, aggressiveness, and acne. XYY Syndrome is not inherited, it occurs as a random event during formation of sperm cells or in the early stages of embryonic cell division.
Some studies show a higher concentraion of XYY males in prisons than in the general population, thus reflecting behavioral difficulties in children translating into criminal behavoir as adults. 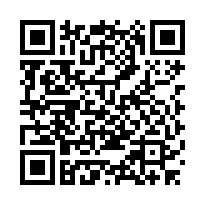